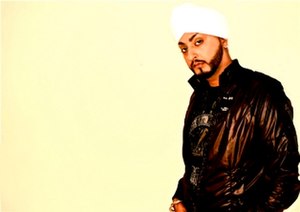 Who is Indy Sagu?

Inderpal Singh Sagu better known by his stage name Indy Sagu, is a British Sikh award winning record producer, musician, singer, and DJ. Sagu has made a global name for himself as a leading Asian pioneer of fusion genre, his urbanized record production infuses the sounds and incorporates the elements, musical instruments, and hook lines of traditional bhangra with urban western sounds, primarily with a special emphasis on American hip hop.

Discuss this Indy Sagu biography with the community: