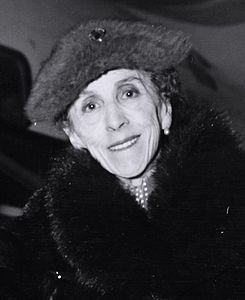 Who was Karen Blixen?

Blixen is best known for Out of Africa, her account of living in Kenya, and one of her stories, Babette's Feast, both of which have been adapted into highly acclaimed, Academy Award-winning motion pictures. Prior to the release of the first film, she was noted for her Seven Gothic Tales, for which she is also known in Denmark.

Peter Englund, permanent secretary of the Swedish Academy, described it as "a mistake" that Blixen was not awarded the Nobel Prize in Literature during the 1930s. She never did win, though she finished in third place behind Graham Greene in 1961, the year Ivo Andrić was awarded the prize.

Discuss this Karen Blixen biography with the community: