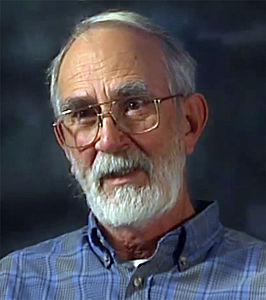 Who is Jack Aeby?

Jack W. Aeby is an American mechanical engineer most famous for having taken the only well-exposed color photograph of the first detonation of a nuclear weapon on July 16, 1945 at the Trinity nuclear test site in New Mexico. While color motion pictures of the Trinity test were made, most were badly overexposed or damaged due to the fireball's tendency to blister and solarize the film. Aeby was a civilian assigned to the Health Physics Group with Emilio Segrè at the time his snapshot was taken.

Aeby is a source for a story about a notable estimate made by Enrico Fermi at that test:

Fermi had just estimated the yield of the first nuclear explosion. It was in the ball park.

Fermi's strips-of paper estimate was ten kilotons of TNT; the actual yield was about 19 kilotons.

Discuss this Jack Aeby biography with the community: