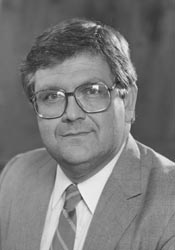 Who is Jack Buechner?

John William "Jack" Buechner is an American lawyer and politician from the U.S. state of Missouri. A Republican, Buechner served in the United States House of Representatives for Missouri's 2nd congressional district from 1987 to 1991. After serving in Congress, Buechner became president of the International Republican Institute and a lawyer at Manatt, Phelps & Phillips. From 2001 until his retirement in 2005 he was the President of The Presidential Classroom for Young Americans. Currently he serves as Senior Counsel to The Hawthorn Group of Alexandria, VA. and is on the Advisory Board of Bloomberg Government.

Discuss this Jack Buechner biography with the community: