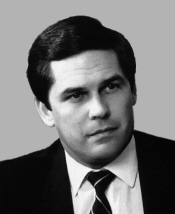 Who is Jack Fields?

Jack Milton Fields, Jr., is a Texas businessman and a former Republican member of the United States House of Representatives from a Houston-based district. Lived on a farm with his mother and father when he was young.

Fields was born in Humble, a northern suburb of Houston, to Mr. and Mrs. Jack Fields, Sr. He graduated from Humble High School in his hometown in 1970. Fields earned both Bachelor of Arts and Juris Doctor degrees from Baptist-affiliated Baylor University and Baylor Law School in Waco, Texas, in 1974 and 1977, respectively. After being admitted to the Texas bar in 1977, Fields worked as a lawyer in private practice and as a vice president of a family-owned business through 1980.

Discuss this Jack Fields biography with the community: