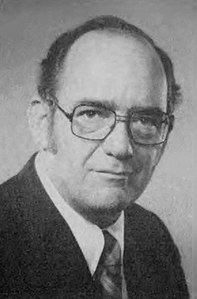 Who is James A. Redden?

James Anthony "Jim" Redden Jr. is a judge and politician from the U.S. state of Oregon. Since 1980, he has served as a District Court Judge for the United States District Court for the District of Oregon; he took Senior Status in 1995. Before appointment to the bench, he was a trial attorney, and a career Democratic politician, serving as a legislator and in two of the state's constitutional offices, Treasurer and Attorney General. As a politician, he was a key figure in some of Oregon's most groundbreaking legislative initiatives, including brokering the deal which brought passage of the state's 1967 public beach access law. Many of the cases he has heard in his quarter of a century on the federal bench gained national attention, often sparking controversy, including his dismissal of the 1975 guns and ammunition charges against American Indian Movement leader Dennis Banks, and his more recent 2005 and 2006 decisions halting the Bush administration's plans to reduce spillway flows on the Columbia and Snake rivers, flows which environmentalists and indigenous tribes have criticized as devastating to the salmon runs.

Discuss this James A. Redden biography with the community: