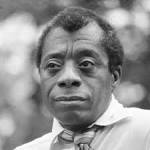 Who was James Baldwin?

James Arthur Baldwin was an American novelist, essayist, playwright, poet, and social critic. Baldwin's essays, as collected in Notes of a Native Son, explore palpable yet unspoken intricacies of racial, sexual, and class distinctions in Western societies, most notably in mid-20th-century America, and their inevitable if unnameable tensions. Some Baldwin essays are book-length, for instance The Fire Next Time, No Name in the Street, and The Devil Finds Work.

Baldwin's novels and plays fictionalize fundamental personal questions and dilemmas amid complex social and psychological pressures thwarting the equitable integration of not only blacks, but also of gay and bisexual men, while depicting some internalized obstacles to such individuals' quests for acceptance. Such dynamics are prominent in Baldwin's second novel, written well before gay equality was widely espoused in America: Giovanni's Room. Baldwin's best-known novel is his first, Go Tell It on the Mountain.

Discuss this James Baldwin biography with the community: