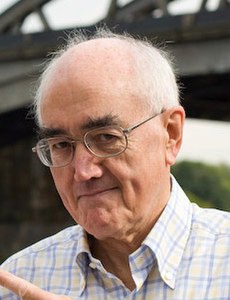 Who is James Burke?

James Burke is a British broadcaster, science historian, author, and television producer, who is known, among other things, for his documentary television series Connections, and for its more philosophically oriented companion series, The Day the Universe Changed, which is about the history of science and technology. The Washington Post called him "one of the most intriguing minds in the Western world".

Discuss this James Burke biography with the community: