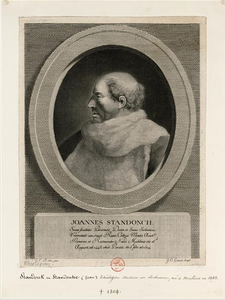 Jan Standonck was a Flemish priest, Scholastic, and reformer.

He was part of the great movement for reform in the 15th-century French church. His approach was to reform the recruitment and education of the clergy, along very ascetic lines, heavily influenced by the hermit saint Francis of Paola. To this end he founded many colleges, all of them strictly controlled and dedicated to poor students with real vocations. Chief amongst them was the Collège de Montaigu, latterly part of the University of Paris. He lived at a time when this model of reform was under increasing pressure from more thoroughgoing critiques—including that of one of his most famous students, Erasmus.

Discuss this Jan Standonck biography with the community: