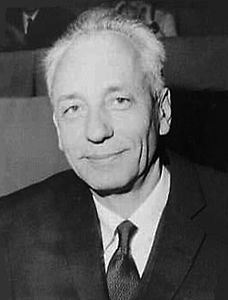 Jean-Baptiste-Gabriel-Joachim Dausset was a French immunologist born in Toulouse, France. He married Rose Mayoral in 1963, with whom he had two children, Henri and Irène. Dausset received the Nobel Prize in Physiology or Medicine in 1980 along with Baruj Benacerraf and George Davis Snell for their discovery and characterisation of the genes making the major histocompatibility complex. Using the money from his Nobel Prize and a grant from the French Television, Dausset founded the Human Polymorphism Study Center in 1984, which was later renamed the Foundation Jean Dausset-CEPH in his honour. Jean Dausset died on June 6, 2009 in Majorca, Spain, at the age of 92.

Discuss this Jean Dausset biography with the community: