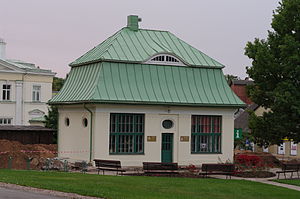 Who was Johann Ernst Glück?

Johann Ernst Glück was a German translator and Lutheran theologian active in Livonia, which is now in Latvia.

Glück was born in Wettin as the son of a pastor. After attending the Latin school of Altenburg, he studied theology, rhetoric, philosophy, geometry, history, geography, and Latin at Wittenberg and Jena.

Glück is known for translating the Bible into Latvian, which he carried out in its entirety in Marienburg in Livonia, in the building now the Alūksne Museum, established to honour his work. He also founded the first Latvian language schools in Livonia in 1683. He died in Moscow.

He had four daughters, a son, and a foster-daughter Marta Skowrońska who married Peter I and is mainly known as Catherine I. From 1725 until 1727 she was empress of Russian Empire.

Discuss this Johann Ernst Glück biography with the community: