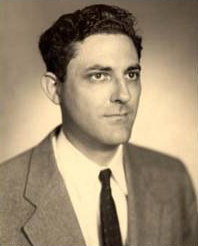 Who was John Larry Kelly, Jr.?

John Larry Kelly, Jr., was a scientist who worked at Bell Labs. He is best known for formulating the Kelly criterion, an algorithm for maximally investing money.

He was born in Corsicana, Texas. He spent four years in the US Navy as a pilot during World War II before entering the University of Texas at Austin. He graduated with a PhD in Physics in 1953.

Discuss this John Larry Kelly, Jr. biography with the community: