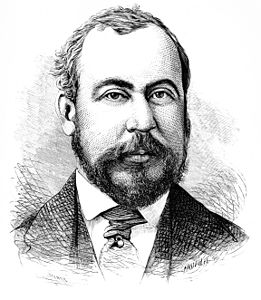 Who was John Lawrence LeConte?

John Lawrence LeConte was the most important American entomologist of the 19th century, responsible for naming and describing approximately half of the insect taxa known in the United States during his lifetime, including some 5,000 species of beetles. He was recognized as the foremost authority on North American beetles during his lifetime, and has been described as "the father of American beetle study."

A member of the scientifically inclined LeConte family, John Lawrence was born in New York City, the son of naturalist John Eatton Le Conte. His mother died when John Lawrence was only a few months old, and he was raised by his father. Based on samples of his signature, John Lawrence used the surname variant "LeConte" without the space that his father used. John Lawrence graduated from Mount Saint Mary College in 1842, and from the College of Physicians and Surgeons in 1846. While still in medical college, in 1844, John Lawrence traveled with his cousin Joseph LeConte to the Great Lakes. Starting at Niagara Falls, they visited Detroit and Chicago and traversed Michigan, Wisconsin, Iowa and Illinois before returning up the Ohio River to Pittsburgh and on to New York. John Lawrence published his first three papers on beetles that year.

Discuss this John Lawrence LeConte biography with the community: