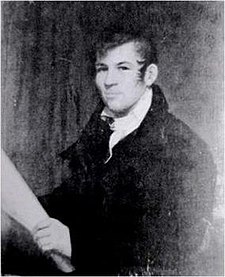 Who was John Randel, Jr.?

John Randel, Jr. was a surveyor from the United States who completed a full survey of Manhattan Island in over 10 years, starting in 1807. Simeon De Witt, one of the three commissioners charged with developing a plan for the future growth of New York, hired Randel to conduct a detailed survey of the island to help produce the plan. The final map, the Commissioners' Plan of 1811 laid out the streets of New York from 14th Street to 155th Street into a rectangular grid, without accommodating the island's terrain. It seems that Randel's survey of New York's topography informed very little of the Commissioners' street plan. Randel also published a detailed series of "Farm Maps" that overlay Manhattan's natural topography with the intended grid.

Later in life, Randel took part in a number of important engineering projects. In 1823, he became chief engineer for the Chesapeake and Delaware Canal Company.

In the 1830s, Randel won $226,885.84 in a breach of contract suit, a huge sum for the time period. With his settlement, he lived out the rest of his life at Randelia, his large estate in Cecil county, Maryland, just south of the mouth of the Chesapeake and Delaware Canal

Discuss this John Randel, Jr. biography with the community: