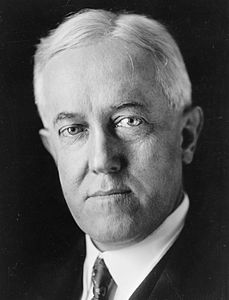 Who was John W. Davis?

John William Davis was an American politician, diplomat and lawyer. He served as a United States Representative from West Virginia from 1911 to 1913, then as Solicitor General of the United States and US Ambassador to the UK under President Woodrow Wilson. Over a 60-year legal career, he argued 140 cases before the US Supreme Court.

Davis is best known as the Democratic Party nominee for President of the United States during the 1924 presidential election, losing to Republican incumbent Calvin Coolidge.

Discuss this John W. Davis biography with the community: