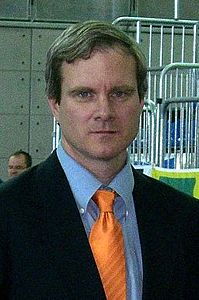 Who is William John Donaldson?

William John Donaldson is an International Master of chess. He has been an IM since 1983. He is also an author, organizer, journalist and chess politician. He was Captain of the US Team in six Chess Olympiads from 1986 to 1996, including the 1986 World Chess Olympiad in Dubai, United Arab Emirates and again at the 1988 Chess Olympiad in Thessaloniki Greece.

At the Olympiad in Saloniki, Donaldson married Elena Akhmilovskaya, a member of the Russian team. Afterwards, while the tournament was still going on, the couple immediately travelled to the United States.

In 1990, Donaldson was elected to the Policy Board of the United States Chess Federation. He also became an editor of Inside Chess magazine published by Yasser Seirawan. After the magazine folded, he moved to San Francisco where he became chess director of the San Francisco Mechanics Institute. He is constantly writing and producing chess books, mostly biographies of historical chess figures. He qualified to play in the 2002 and the 2003 U.S. Chess Championship. He has achieved two grandmaster norms, Lindsborg 2002 and Stratton Mountain 2003.

Discuss this William John Donaldson biography with the community: