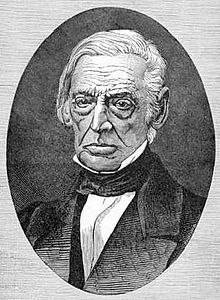 Who was José Manuel Restrepo Vélez?

José Manuel Restrepo Vélez was an investigator of Colombian flora, political figure and historian. The Orchid genus Restrepia was named in his honor.

Restrepo was born in the town of Envigado, Antioquia in the Colombian Mid-west. He graduated as a lawyer from the Colegio de San Bartolomé in the city of Santa Fe de Bogotá. He later worked as Secretary for Juan del Corral and Governor Dionisio Tejada during their dictatorial government over Antioquia.

From 1811 to 1814 became a Deputy Representative of Antioquia during the Congress of the United Provinces of New Granada. After the Independence from Spain was achieved by Simon Bolivar, Restrepo became governor of Antioquia in 1819 during the Greater Colombia.

Restrepo was profoundly interested on geography and fauna of Antioquia and an orchid flower was named in his honor, the Restrepia.

Discuss this José Manuel Restrepo Vélez biography with the community: