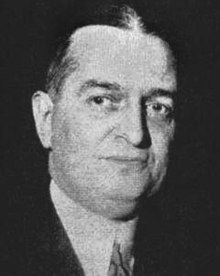 Who was Joseph Force Crater?

Joseph Force Crater was a 41-year-old New York City judge who vanished while out on a night on the town. He was last seen walking down West 45th Street, and entered popular culture of the 1930s as the "The Missingest Man in New York." Despite massive publicity, no trace of him was ever found, and nine years later he was legally presumed dead. The disappearance added to public disquiet about corruption in city government and was a factor in the downfall of the Tammany Hall political machine.

Discuss this Joseph Force Crater biography with the community: