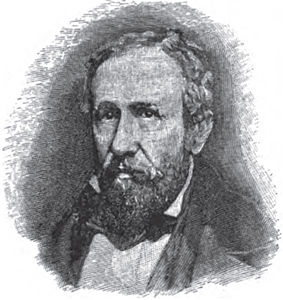 Who was Joshua Fry Bell?

Bell was born in Danville, Kentucky, where he attended public schools and then Centre College, where he graduated in 1828. He next studied law in Lexington, Kentucky, and travelled around Europe for several years before returning home and being admitted to the bar.

Bell was elected as a Whig to the 29th Congress in November, 1844. He did not seek reelection and served a single term in the House, March 4, 1845 – March 3, 1847. He was the Kentucky Secretary of State in 1849, and was sent by Kentucky as a commissioner to the Peace Conference held in Washington, D.C. in February 1861 in an unsuccessful last-ditch effort to stave off what became the American Civil War.

Bell served in the Kentucky House of Representatives from 1862 to 1867. Union Democrats attempted to nominate him for Governor of Kentucky in 1863, but he declined the nomination.

Joshua Fry Bell died in 1870 in Danville at the age of 58. Bell County, Kentucky is named in his honor.

Discuss this Joshua Fry Bell biography with the community: