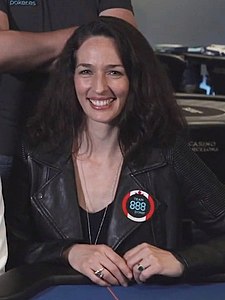 Who is Kara Scott?

Born in northern Alberta, Canada, Scott moved to the United Kingdom in 1999 and worked in the UK media until 2009 when she moved to California. Having trained in Muay Thai while she lived in Canada, she landed the job of sports presenter for the Five martial arts show "Now is the Time: Night of Combat" and moved on to associate produce the show as well.

Discuss this Kara Scott biography with the community: