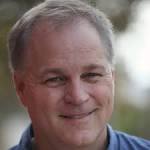 Who is Karey Kirkpatrick?

Karey Kirkpatrick is an American screenwriter and director. His films include James and the Giant Peach, Chicken Run, The Spiderwick Chronicles, Charlotte's Web and The Hitchhiker's Guide to the Galaxy adaptation, along with contributions to the Smurfs films. He has also directed the films Imagine That starring Eddie Murphy as well as Over The Hedge. Kirkpatrick wrote the English-language screenplay for U.S. release of The Secret World of Arrietty, in 2012 and From Up on Poppy Hill, in 2013.

Discuss this Karey Kirkpatrick biography with the community: