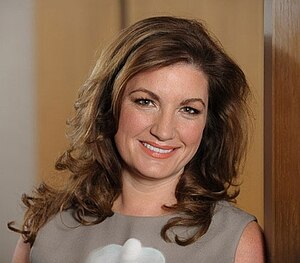 Who is Karren Brady?

Karren Brady CBE is an English sporting executive, politician, television broadcaster, newspaper columnist, author and novelist. She is the former managing director of Birmingham City Football Club and current vice-chairman of West Ham United. She features in the BBC One series The Apprentice as an aide to Lord Alan Sugar. She is the Small Business Ambassador to the UK Government under Prime Minister David Cameron.

She is known as "The First Lady of Football". Her appointment with Birmingham City began in March 1993, when she was 23. In 2002 she became the first woman to hold such a post in the top flight of English football when the team was promoted. She was responsible for the company's flotation in 1997, thus becoming the youngest managing director of a UK plc. She left in 2009 when she sold the club for £82,000,000. In January 2010 she was appointed vice-chairman of West Ham United following a change of ownership of the club.

Brady is a regular writer for the Woman & Home magazine and The Sun. She has also published four books including two novels.

Discuss this Karren Brady biography with the community: