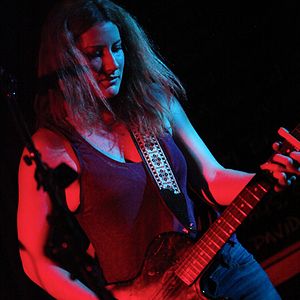 Who is Kathleen Edwards?

Kathleen Edwards is a Canadian singer-songwriter and musician. Her 2003 debut album, Failer, contained the singles "Six O'Clock News" and "Hockey Skates". Her next two albums - Back to Me and Asking for Flowers - both made the Billboard 200 list and reached the top 10 of Billboard's Top Heatseekers chart. In 2012, Edwards' fourth studio album, Voyageur, became Edwards' first album to crack the top 100 and top 40 in the U.S., peaking at #39 on the U.S. Billboard 200 and #2 in Canada.

Discuss this Kathleen Edwards biography with the community: