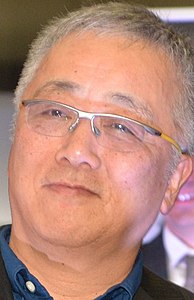 Who is Katsuhiro Otomo?

Katsuhiro Otomo is a Japanese manga artist, screenwriter and film director. He is best known as the creator of the manga Akira and its animated film adaptation. He was decorated a member of the French Ordre des Arts et des Lettres in 2005, became the fourth manga artist ever inducted into the American Eisner Award Hall of Fame in 2012, and was awarded the Purple Medal of Honor from the Japanese government in 2013.

Discuss this Katsuhiro Otomo biography with the community: