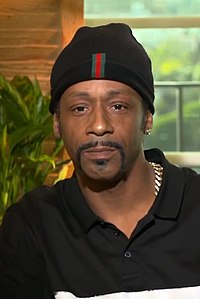 Who is Katt Williams?

Micah S. Katt Williams, better known as Katt Williams, is an American comedian, rapper and actor. He had a role as Money Mike in Friday After Next. He also had a stint on Nick Cannon’s MTV improv show, Wild 'n Out, played a fictional character Bobby Shaw on the program My Wife and Kids, and provided the voice for the character "A Pimp Named Slickback" in The Boondocks.

Discuss this Katt Williams biography with the community: