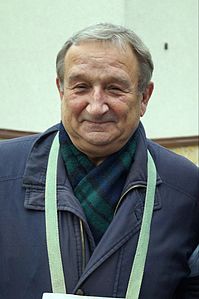 Who is Kazimierz Kaczor?

Kazimierz Kaczor is a Polish actor and television presenter. He has made over 40 appearances in film and television. He starred in the 1986-1987 television series Zmiennicy but is well known for hosting the Polish version of Jeopardy!.

Discuss this Kazimierz Kaczor biography with the community: