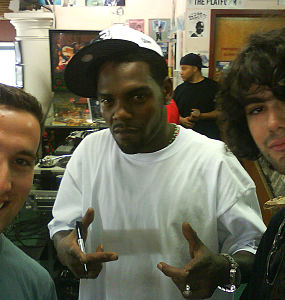 Who is Keak da Sneak?

Charles Toby Williams, commonly known by his stage name Keak da Sneak, is a rapper from Oakland, California. At the age of 16 he was known as Z-Kush but became known as "Keak da Sneak" at 17, best known for his scratchy, gruff rapping voice and coining the term "hyphy" in 1994.

Born
May 9, 1977
Also known as
Profession
Lived in

Discuss this Keak da Sneak biography with the community: