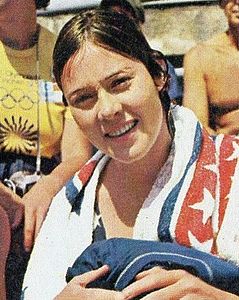 Rothhammer was born in Little Rock, Arkansas, and she was raised in a Jewish family. As a teenager she trained with the Santa Clara Swim Club in Santa Clara, California, under the coach George Haines, who was noted for leading U.S. Olympic swimmers during the 1960s and 1970s.

She was inducted into the International Swimming Hall of Fame as an "Honor Swimmer" in 1991.

Discuss this Keena Rothhammer biography with the community: