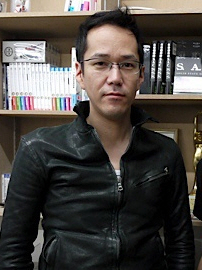 Who is Kenji Kamiyama?

After working as a background artist for productions such as Akira and Kiki's Delivery Service, he joined Team Oshii at Production I.G, contributing the screenplay of Blood: The Last Vampire and working as animation director for Jin-Roh. In 2002 he made his directorial debut with MiniPato, followed by Ghost in the Shell: Stand Alone Complex and Ghost in the Shell: S.A.C. 2nd GIG. In 2007, after almost six years of work on the Stand Alone Complex world, he directed the TV series Guardian of the Sacred Spirit and Eden of the East.

Discuss this Kenji Kamiyama biography with the community: