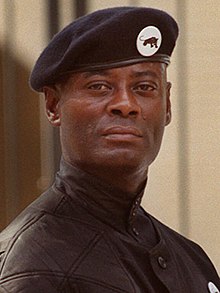 Who was Khalid Abdul Muhammad?

After being removed from the Nation of Islam he served as the National Chairman of the New Black Panther Party until his death in 2001. Despite the controversy that followed him, his strong denunciations of white power gained him the support of some in the black community.

Discuss this Khalid Abdul Muhammad biography with the community: