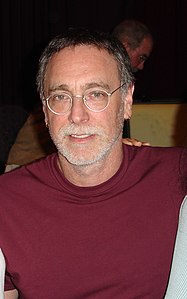 Who is Krishna Das?

Krishna Das is a U.S. vocalist known for his performances of Hindu devotional music known as kirtan. With eight albums released since 1996, Das is perhaps the best known U.S. singer of kirtan-style music. He is also sometimes referred to as the "Rockstar of Yoga".

Discuss this Krishna Das biography with the community: