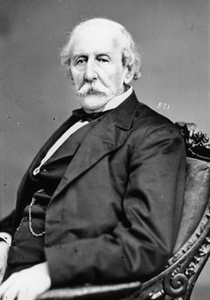 Who was Lambert Tree?

Lambert Tree, was a circuit court judge, ambassador, and patron of the arts. Judge Lambert Tree was a Chicago Circuit Court judge who achieved fame by presiding over the indictment, trial, and conviction of corrupt City Council members. He lost the 1882 U.S. Senate race by one vote, but in 1885 accepted an appointment from President Grover Cleveland as minister to Belgium. He then served the shortest tour, less than one month, of all U.S. Ministers to Russia: after his presentation of credentials on January 4, 1889, he left post on February 2, 1889, not long before the inauguration of President Cleveland's successor, Benjamin Harrison, a Republican.

A patron of the arts, Judge Tree and his wife had an artists studio constructed in 1894 at 603-621 N. State St., to provide low cost housing and space for artists. The Tree Studio Building is important architecturally for its picturesque details of the period. After its original construction, two wings were added during 1912-1913, forming a distinctive courtyard. This U-shaped complex is now closed off at the other end by the Medinah Temple. Tree Studios is one of the nation's oldest such studios, the original portion being designated a Chicago landmark February 26, 1997.

Discuss this Lambert Tree biography with the community: