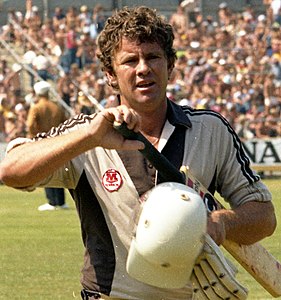 Who is Lance Cairns?

He was a member of both the one-day and Test New Zealand teams between 1974 and 1985. He also appeared for Central Districts, Northern Districts and Otago in New Zealand domestic cricket. He was also the professional for Bishop Auckland in the North Yorkshire and South Durham League in the North East of England.

Discuss this Lance Cairns biography with the community: