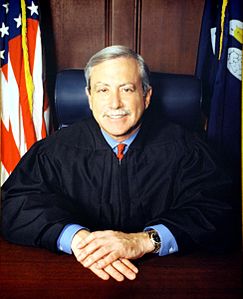 Who is Lance M. Africk?

Africk was born in New York, New York. He received a B.A. from the University of North Carolina at Chapel Hill in 1973, and a J.D. from the University of North Carolina School of Law in 1975. From 1975 to 1976, he was a law clerk to James Gulotta, a judge of the Louisiana 4th Circuit Court of Appeals. He entered the private practice of law in Louisiana from 1976 to 1977, and was thereafter Director of the Career Criminal Bureau, Orleans Parish District Attorney's Office from 1977 to 1980. He returned to private practice until 1982, and then became an Assistant U.S. Attorney for the Eastern District of Louisiana until 1990. In 1986, he began teaching as an instructor at the University of New Orleans.

Discuss this Lance M. Africk biography with the community: