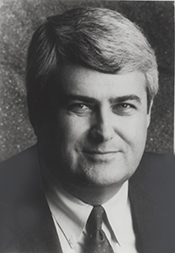 Who was Larkin I. Smith?

Larkin I. Smith was an American politician from Mississippi.

Smith was born in Poplarville, Mississippi. He served at various positions in the police forces in both Pearl River and then Harrison counties. He became the police chief in Gulfport and thereafter the Harrison County sheriff.

In 1988, Smith ran for the U.S. House of Representatives as a Republican from Mississippi's 5th congressional district in the southern portion of the state after eight-term incumbent Trent Lott gave up the seat to make a successful run for the Senate.

He defeated Democratic State Senator Gene Taylor and took office on January 3, 1989. However, Smith died on the night of August 13 in a plane crash in rural Perry County near Gulfport after returning from opening the Little League baseball "Dixie Youth World Series" in Hattiesburg. The bodies of Smith and pilot Chuck Vierling were not recovered until morning of the next day after a search in which rescuers had to bulldoze their way through the forest in which Smith's single-engine plane crashed. Smith's death was the second death in one week of a U.S. Representative in a plane crash. Representative Mickey Leland of Texas died in another plane crash in Ethiopia on August 7, 1989.

Discuss this Larkin I. Smith biography with the community: