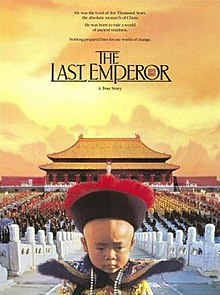 Who is The Last Emperor?

The Last Emperor is the recording name of Jamal Gray, Philadelphia-born hip-hop artist. Gray took his stage name from the Bernardo Bertolucci film epic of the same name. He attended and graduated Overbrook High School then went on to obtain a Bachelor of Science degree in Political Science/International Relations from Lincoln University.

He moved to New York and began performing at open mic nights. The Last Emperor was featured in a verse on KRS-One's "C.I.A." with Zack De La Rocha. Two years after moving to New York he was signed to Aftermath Entertainment, and became a protégé of Dr. Dre. In 2003 it was announced that The Last Emperor had signed to Rawkus Records. A few singles were released in a period of 6 months, but the label unexpectedly stopped releasing any music. The Last Emperor then formed Red Planet Music to release his debut album, Music, Magic, Myth. Red Planet's releases are distributed by Raptivism.

He has opened for such acts as the former Def Squad, Common, The Roots, and KRS-One. He has performed at the Lyricist Lounge. He’s traveled around the world performing in places like Denmark, London, and Norway. He also appeared as the guest MC for the Gorillaz.

Discuss this The Last Emperor biography with the community: