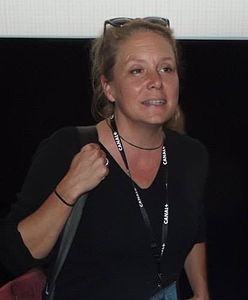 Who is Lauren MacMullan?

Lauren MacMullan is an American animation director. She grew up in the Philadelphia suburbs of Havertown, Lansdowne and Swarthmore, and graduated from Swarthmore High School in 1982. She attended Harvard University, and was on the staff of the Harvard Lampoon. Her first primetime TV job was on The Critic, where she was famous for directing the episode with guest stars Gene Siskel and Roger Ebert, followed by directing for King of the Hill. She went on to become the supervising director and designer for Mission Hill. After the show was cancelled quickly, she got a job directing on The Simpsons, and stayed for three seasons. She also has directed some episodes of Avatar: The Last Airbender, and won an Annie award for storyboarding on that show.

MacMullan was a sequence director on The Simpsons Movie, and in 2009 she was a member of the Pixar team working on the animated film Newt prior to its cancellation. She is currently at Walt Disney Animation Studios, where she worked on Wreck-It Ralph and directed the 2013 animated short film Get a Horse!, featuring Mickey Mouse. With Get a Horse!, she became the first woman to solely direct a Disney animated film.

Discuss this Lauren MacMullan biography with the community: