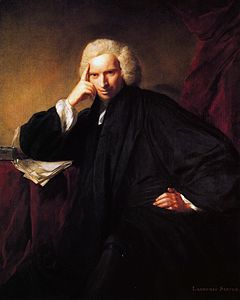 Who was Laurence Sterne?

Laurence Sterne was an Anglo-Irish novelist and an Anglican clergyman. He is best known for his novels The Life and Opinions of Tristram Shandy, Gentleman and A Sentimental Journey Through France and Italy; but he also published many sermons, wrote memoirs, and was involved in local politics. Sterne died in London after years of fighting consumption.

Discuss this Laurence Sterne biography with the community: