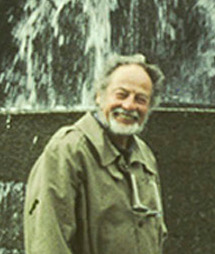 Who was Lawrence Halprin?

Beginning his career in the San Francisco Bay Area, California, in 1949, Halprin often collaborated with a local circle of modernist architects on relatively modest projects. These figures included William Wurster, Joseph Esherick, Vernon DeMars, Mario J. Ciampi, and others associated with UC Berkeley. Gradually accumulating a regional reputation in the northwest, Halprin first came to national attention with his work at the 1962 Seattle World's Fair, the Ghirardelli Square adaptive-reuse project in San Francisco, and the landmark pedestrian street / transit mall Nicollet Mall in Minneapolis. Halprin's career proved influential to an entire generation in his specific design solutions, his emphasis on user experience to develop those solutions, and his collaborative design process.

Halprin's point-of-view and practice are summarized in his definition of modernism:

In his best work, he construed landscape architecture as narrative.

Discuss this Lawrence Halprin biography with the community: