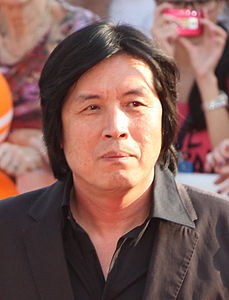 Who is Lee Chang-dong?

Lee Chang-dong is a South Korean film director, screenwriter and novelist. He won the 2008 Special Director's Prize at the Asian Film Awards and has been nominated for the Golden Lion and Palme d'Or. Lee served as South Korea's Minister of Culture and Tourism from 2003 to 2004.

Discuss this Lee Chang-dong biography with the community: