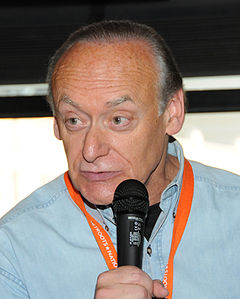 Who is Lee Fisher?

Lee Fisher was the 64th Lieutenant Governor of Ohio, who served with Governor Ted Strickland from 2007 until 2011. He is a member of the Democratic Party.

In addition to serving as Lt. Governor, he also served as the Director of the Ohio Department of Development and Chair of both the Ohio Third Frontier Commission and the Clean Ohio Council.

Before his election as Lieutenant Governor, Fisher served as a member of the Ohio General Assembly, first in the State House of Representatives and then in the State Senate. He was Attorney General of Ohio from 1991 to 1995. He was an unsuccessful candidate for Governor of Ohio in 1998.

From 1999 to 2006, he served as President and CEO of the Center for Families and Children in Cleveland. CFC is a $20 million human services nonprofit with over 300 staff. In 2001 he graduated from the Center for Creative Leadership's "Leadership at the Peak" program. In January 2006 then-Congressman Ted Strickland asked Fisher to be his running mate in the 2006 gubernatorial election. Fisher left CFC on March 1, 2006 to run with Strickland.

In the 2010 U.S. Senate election, Fisher won the Democratic primary and was the Democratic nominee for the Senate seat held by the retiring Republican George Voinovich, losing to Republican nominee Rob Portman.

Discuss this Lee Fisher biography with the community: