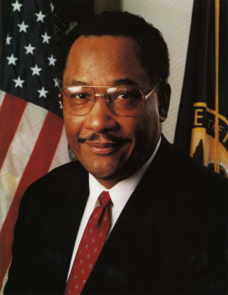 Who is Lee P. Brown?

Lee Patrick Brown had a long-time career in law enforcement, leading police departments in Atlanta, Houston and New York over the course of nearly four decades. During this time he helped to implement a number of techniques in community policing that appeared to result in substantial decreases in crime. In 1997 Brown was the first African American to be elected mayor of Houston, Texas. He was reelected twice to serve the maximum of three terms from 1998 to 2004.

Discuss this Lee P. Brown biography with the community: