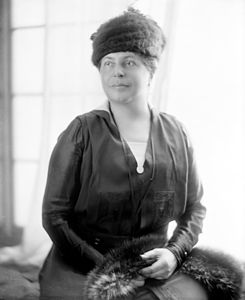 Who was Lillian Wald?

Lillian D. Wald was an American nurse, humanitarian and author. She was known for contributions to human rights and was the founder of American community nursing. She founded the Henry Street Settlement and was an early advocate for nursing in schools.

After growing up in Ohio and New York, Wald became a nurse. She briefly attended medical school and began to teach community health classes. After founding the Henry Street Settlement, she became an activist for the rights of women and minorities. She campaigned for suffrage and was a supporter of racial integration. She was involved in the founding of the National Association for the Advancement of Colored People.

Discuss this Lillian Wald biography with the community: