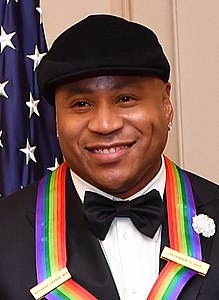 Who is LL Cool J?

James Todd Smith, better known as LL Cool J, is an American rapper, entrepreneur, and actor from Bay Shore, New York. He is known for romantic ballads such as "I Need Love", "Around the Way Girl" and "Hey Lover" as well as pioneering hip-hop such as "I Can't Live Without My Radio", "I'm Bad", "The Boomin' System", and "Mama Said Knock You Out". He has released thirteen studio albums and two greatest hits compilations, including 2008's Exit 13, the last for his record deal with Def Jam Recordings with his newest album "Authentic", hitting stores April 30, 2013. He has also appeared in numerous films, including Halloween H20: 20 Years Later, and currently stars as NCIS Special Agent Sam Hanna on the CBS crime drama television series NCIS: Los Angeles.

Discuss this LL Cool J biography with the community: