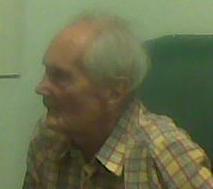 Who is Louis Lesser?

Louis Lesser was an American business magnate. He received frequent press coverage in the 1950s and 1960s for his ability to earn money and for his various business operations. He sold the Taj Mahal casino property to New York real estate developer Donald Trump. Trump called Lesser "The Legend" as the historic biggest developer in the history of the western US, developing over 60,000 properties in the Western United States. He was a mentor to the legendary investor Warren Buffett and Tracinda Corporation CEO Kirk Kerkorian. Louis Lesser was partners with banker Meyer Lansky and financier Kirk Kerkorian in the purchase of numerous Las Vegas hotels and casinos, including the Frontier Hotel and casino, renamed the New Frontier Hotel after it was sold by Lesser to Howard Hughes. He remains the biggest real estate developer in the U.S. West Coast in American history.

Many of Lesser's development projects were large in scale or of historic significance, such as Barrington Plaza, the largest urban renewal project in the western United States under President John F. Kennedy. Barrington Plaza also served as a nuclear fallout shelter at the peak of the Cold War nuclear threat, with Lesser appointed to the Los Angeles County Civil Defense and Disaster Commission during the Kennedy Administration.

Discuss this Louis Lesser biography with the community: