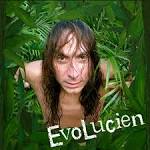 Lucien Nocelli is an American singer, guitarist, and songwriter. He released his first major album, Open Sky, on December 11, 1986, with his jazz fusion trio Lucien Nocelli and the Jazz Experience. The release was highly acclaimed and widely played on the college radio circuit across the East Coast.

Nocelli released self-titled Lucien Nocelli and the Jazz Experience, a three song jazz fusion compilation on April 22, 1993 which landed him a contract with Woodrich Records and extensive air play nationwide. He continued to have such success with future releases. Most recently he has written and recorded a CD Single Message For Peace / Electric Train and released his newest album Deal With It. The style of music blends rock, jazz, pop, and jazz fusion with a glam rock attitude.

Discuss this Lucien Nocelli biography with the community: