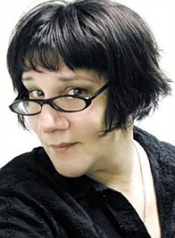 Who was Maddie Blaustein?

Madeleine Joan "Maddie" Blaustein was an American voice actress. Blaustein was the second oldest of five children and was born in Long Island, New York. She was known for her work as a voice actor for 4Kids Entertainment and DuArt Film and Video

Blaustein was, until her death, the voice of Sartorius in Yu-Gi-Oh! GX. She was also most known as the voices of Meowth in Pokémon and Solomon Muto from Yu-Gi-Oh! second series anime. She was also Chef Kawasaki from Kirby: Right Back At Ya!, Doctor Kureha in One Piece, and Arngrim, Lawfer, and Lezard in Valkyrie Profile. She was also a comic book writer and artist, having worked for both Marvel Comics and Milestone Comics, and an animation director. Later, she served as Creative Director for the Weekly World News. Video game localization coordinator and translator Jeremy Blaustein is her brother.

She provided the voice of Margarete in the English version of the PlayStation 2 game Shadow Hearts. Most notable is her great variety of voices. In Valkyrie Profile, for example, she was able to perform a very "tough", deep masculine voice, as well as a high-class one and a suitable and somewhat androgynous voice of a mad scientist/sorcerer. In Shadow Hearts, Margarete is voiced in a deep, feminine, and seductive style. During the 2004 Democratic Party primaries, she appeared as Sméagol on the Mike Malloy Show, announcing a satirical presidential bid. She was also the third English-speaking voice actor for E-123 Omega of the Sonic the Hedgehog series.

Discuss this Maddie Blaustein biography with the community: