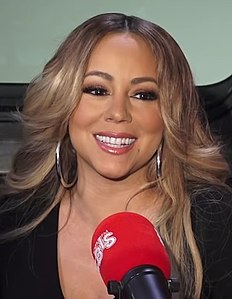 Who is Mariah Carey?

Mariah Carey is an American singer, songwriter, record producer, actress, and philanthropist. Under the guidance of Columbia Records executive Tommy Mottola, Carey released her self-titled debut studio album Mariah Carey in 1990; it went multi-platinum and spawned four consecutive number one singles on the U.S. Billboard Hot 100 chart. Following her marriage to Mottola in 1993 and success with hit records Emotions, Music Box, and Merry Christmas, Carey was established as Columbia's highest-selling act. Daydream made music history when its second single "One Sweet Day", a duet with Boyz II Men, spent a record sixteen weeks on top of the Billboard Hot 100, and remains the longest-running number-one song in U.S. chart history. During the recording of the album, Carey began to deviate from her R&B and pop beginnings and slowly traversed into hip hop. This musical change became evident with the release of Butterfly, at which time Carey had separated from Mottola.

Carey left Columbia in 2000, and signed a $100 million recording contract with Virgin Records. Before the release of her first feature film Glitter, she suffered a physical and emotional breakdown and was hospitalized for severe exhaustion. Following the film's poor reception, she was bought out of her recording contract for $50 million, which led to a decline in her career. She signed a multi-million dollar contract deal with Island Records in 2002, and after an unsuccessful period, returned to the top of music charts with The Emancipation of Mimi. Its second single "We Belong Together" became her most successful single of the 2000s, and was later named "Song of the Decade" by Billboard. Carey once again ventured into film with a well-received supporting role in Precious; she was awarded the "Breakthrough Performance Award" at the Palm Springs International Film Festival, and Black Reel and NAACP Image Award nominations.

Discuss this Mariah Carey biography with the community: