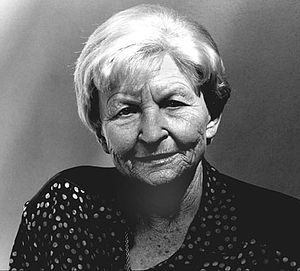 Who was Marija Gimbutas?

Marija Gimbutas, was a Lithuanian-American archaeologist known for her research into the Neolithic and Bronze Age cultures of "Old Europe" and for her widely accepted Kurgan hypothesis, which located the Proto-Indo-European homeland in the Pontic Steppe. Gimbutas's assertion that Neolithic sites in Lithuania and across Europe provided evidence for matriarchal pre-Indo-European societies was not well received in scholarly circles, but became a keystone of the Goddess movement.

Discuss this Marija Gimbutas biography with the community: