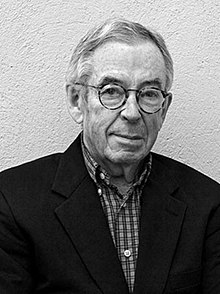 Who is Michael D. Coe?

Michael D. Coe is an American archaeologist, anthropologist, epigrapher and author. Primarily known for his research in the field of pre-Columbian Mesoamerican studies, Coe has also made extensive investigations across a variety of other archaeological sites in North and South America. He has also specialised in comparative studies of ancient tropical forest civilizations, such as those of Central America and Southeast Asia. He currently holds the chair of Charles J. MacCurdy Professor of Anthropology, Emeritus, Yale University, and is Curator Emeritus of the Anthropology collection in the Peabody Museum of Natural History, where he had been Curator from 1968 to 1994.

During the Korean War, Coe worked for the CIA as a part of the front organization Western Enterprises in Taiwan created to subvert Mao's China.

With over four decades of active research experience, Coe is a prolific author of scientific papers across a broad range of archaeological, anthropological and ethnohistorical topics. He has also authored a number of popular works for the non-specialist audience, several of which have been best-selling and much reprinted, such as The Maya and Breaking the Maya Code. He also co-authored the book Mexico: From the Olmecs to the Aztecs with Rex Koontz.

Discuss this Michael D. Coe biography with the community: